Menu
Log in
Register
Install the app
You are using an out of date browser. It may not display this or other websites correctly.
You should upgrade or use an alternative browser.

Please be aware of the trading schedule changes for Australia Day observed on January 26th (all times are GMT+2):

All other financial instruments will be traded without changes.

Please consider this information as you plan your trading. 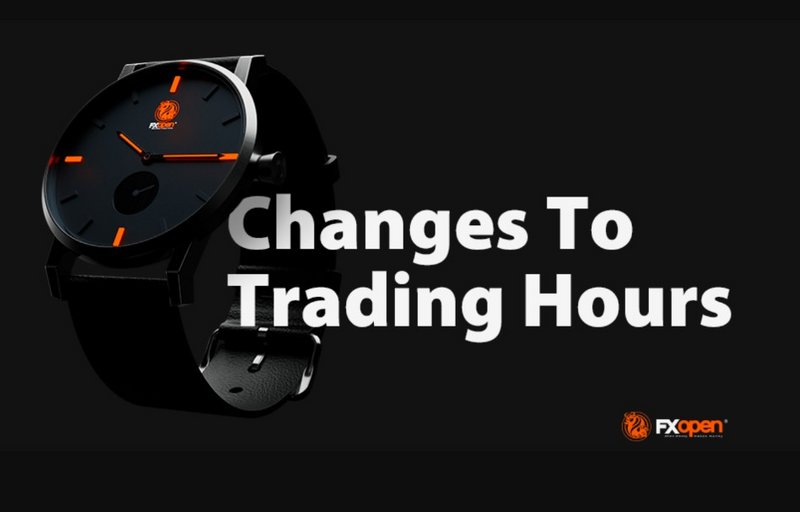 Please be aware of trading schedule changes for the Ching Ming Festival period on April 4 — 6 (all times are GMT+3):

#HSI (Hong Kong 50)
All other financial instruments will be traded without changes.

Please consider this information as you plan your trading.

Please note that for Easter holidays, trading hours for some financial instruments will be changed as follows (all times are GMT+3):
Thursday, April 14

Indices:
All other financial instruments will be traded without changes.

Winter has finally receded, but don’t let the springlike warmth distract you from investing. Our advice is that investors always take care of their portfolios, with the latest changes in the FXOpen PAMM rating in mind. The number of providers on the site is gradually increasing, and the purpose of this PAMM review is to help investors choose what best suits their needs depending on their investment strategy.

This provider registered their account on 08-26-2020. Despite the fact that the maximum drawdown on the account is above average at 57.03%, its profitability is pleasing to investors, since it has been observed at a fairly high level for a long time. In March, the profit was +5.78%. The maximum deposit load for the last month did not exceed 3.68%, the maximum drawdown was only 3.82%. Trading is carried out only in EUR/USD. At the time of writing the review, the floating drawdown is insignificant, only 0.5% due to open trades. The standard offer of this provider is 500 USD, with a 10% penalty for early withdrawal.

One of FXOpen's older accounts, registered on 01-05-2016. By 2022, we can see that this provider has been trading steadily. In March, the profit was 2.02%; we expect April to also be a profitable month. The deposit load in March could be considered quite impressive, but this is true only for the beginning of the month. The maximum drawdown did not exceed 17%. At the time of writing the review, no floating drawdown is observed.

This provider has been trading on the FXOpen platform for almost 2 years. The maximum drawdown has yet to exceed 17.56%. In March, this trader was able to earn +10.73% with a deposit load of 4.38% and a maximum drawdown of no more than 5.67%. They tend to trade various currency instruments, most often cross-pairs. Weekly returns are most often positive, but drawdowns, if any, are quite conservative. You can join this provider with a minimum of 50 USD.

This provider has been with FXOpen for over 2 years. Their trading stands out for its stability and profitability, which is why the account is in demand among investors. The deposit load is gradually growing. The trader confidently trades for long periods of time while maintaining a conservative maximum drawdown within 17%. In March, the maximum drawdown did not exceed 5.69%, while the profit was 6.34%. The main trading is carried out in AUDNZD, AUDCAD, and NZDCAD. You can join this provider with a minimum of 200 USD.

Please note that due to the ANZAC Day on 25 April, 2022, trading hours for some financial instruments will be changed as follows:

Indices:
All other financial instruments will be traded without changes. 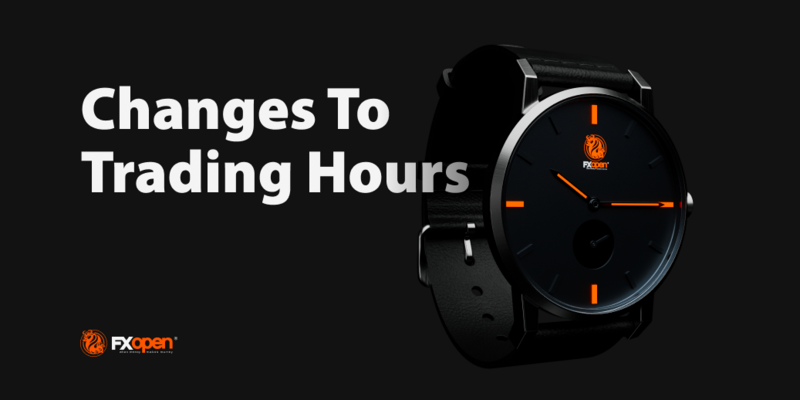 Due to the Labour Day in Hong Kong on 1st May, and the Early May Bank Holiday in the UK on 2nd May, you will experience the following changes in the trading hours schedule (all times are GMT+3):

All other financial instruments will be traded without changes.

FXOpen would like to encourage all traders, managers, and investors to enjoy the warm and sunny days! During the active phase of spring, one may feel less inclined to engage in troublesome business, but capital always requires one’s attention and composure. Therefore, even on such days, it is important to take into account the ongoing changes in the FXOpen PAMM rating. Our number of excellent providers is growing steadily, and this latest PAMM review can help you figure out which accounts will prove to be the best for your investment strategy.

Inspecto is a fairly stable provider that has been active for almost 2 years. The maximum drawdown for the entire period of operation has yet to exceed 17.56%. At the same time, the yield looks very attractive: in April, this trader earned +13.46%, loading the deposit by a maximum of only 2.2%, allowing a drawdown of no more than 1.38%. The choice of trading instruments is quite extensive, but preference is given to cross-pairs. Drawdowns, should any occur during the week, can be called rather conservative, while profitability is already approaching moderate levels. One can join this provider for 50 USD.

This stable and conservative provider has been trading for a long period with generally positive results. Since 2022, their trading has leveled off, and there are no significant losses observed. In April, the account earned 1.09% with a maximum drawdown of 0.62%, and a deposit load of 1.1%. It is possible to join this PAMM master's offer for 20 USD. Their offer, even with a low yield, can be called profitable: 75% of the income on the account is received by the investor.

The account has been active since January 2016. This manager trades exclusively gold, and their account is considered to be one of the most successful, long-running, and profitable on the FXOpen platform. In 2022, this provider achieved noticeable positive results, and in April was able to earn 30.52% of profit. But it is worth noting that the loading of the deposit is impressive as well: the max drawdown in April reached 10%. This manager’s trading can hardly be described as moderate, but instead rather aggressive. But their long career with FXOpen can still be seen as fascinating. At the time of writing the review, no floating drawdown is observed.

This trader has been active since 2019. The maximum drawdown on the account since its opening has yet to exceed 8.20%, which indicates the trader's experience and success. Most likely, the trader is conducting long-term trading. In April, this provider earned +8.43% of profit with a minimum drawdown and deposit load of 2.84% and 2.37%, respectively. You can join this provider for 50 USD. 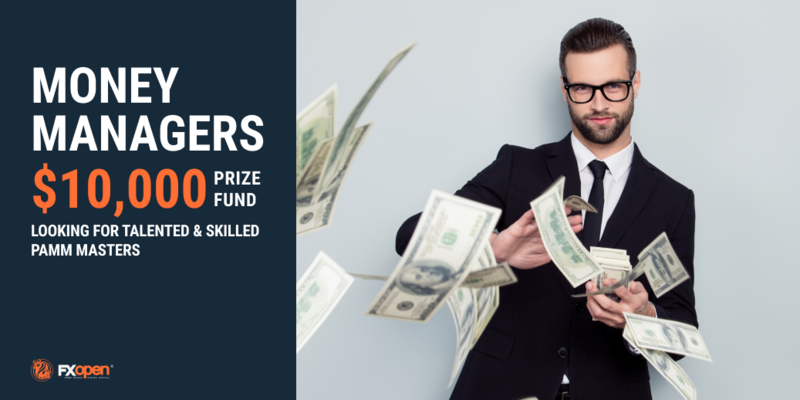 On April 29th, 2022, FXOpen ended its Money Managers contest, where live and active forex PAMM accounts competed against each other.

As was the case with the previous contest, a sole participant emerged victorious, having met all the conditions:

Prize funds will be credited to the winner's Master Accounts following the Master Offer Performance Fee parameter equal to 50%.

The winner of FXOpen’s previous Money Managers Contest, GSV, has congratulated their trading comrade: “Please accept my sincere congratulations on winning the Contest! I wish you the best of luck in your work.” Team FXOpen echo the sentiments expressed to the winner, and wish them the best of luck and success in further trading!

Please note that PAMM account managers are not allowed to conceal from investors such account statistics as equity, drawdown, exposure level, or completed trades; this data must always be accessible for viewing.

The Money Managers contest is a unique opportunity to demonstrate your trading skills via a PAMM account. Within a specified timeframe, participants can deposit and withdraw funds from their accounts, accept investments, create new offers, and use any strategies, EAs, and robots.

The Money Managers contest is a perfect chance to get recognition for your PAMM account management skills among potential followers.

Visit our website for more details on how the FXOpen PAMM service works, and follow the contest thread for updates. 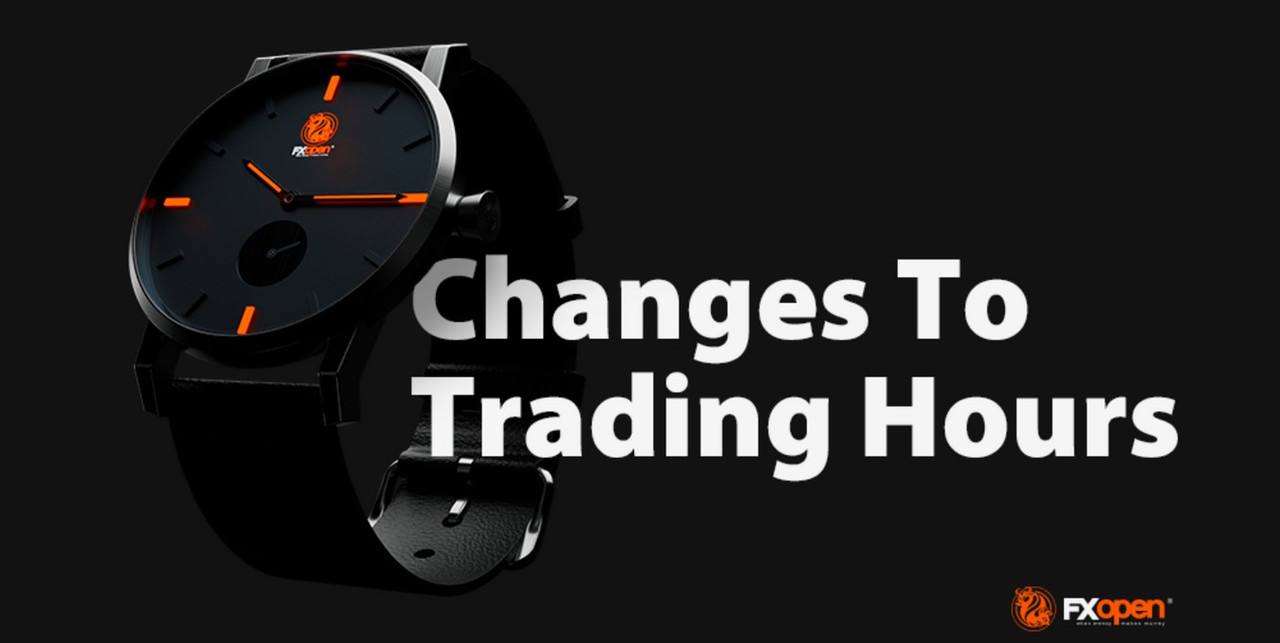 Due to the Memorial Day celebrations on Monday, May 30th, you will experience the following changes in the trading hours schedule (all times are GMT+3):

All the other financial instruments will be traded without changes.